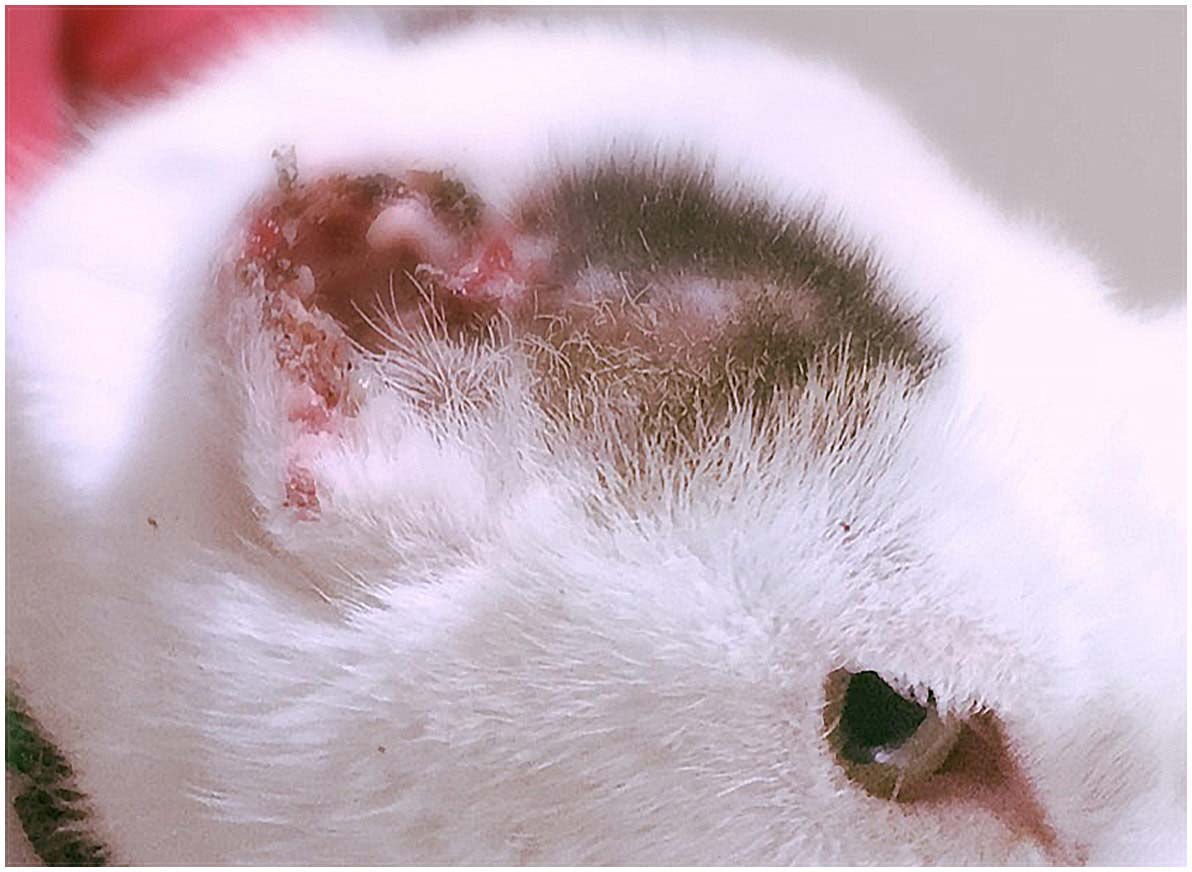 What is ear and nose cancer?

The most common cancer of the ears and nose of a cat is known as Squamous Cell Carcinoma (SCC). It only appears on white areas of the ears and nose, not on any pigmented areas. They are highly invasive locally, but usually slow to spread. If left untreated for long enough, they will spread to regional lymph nodes first.

These are initially seen as small scabs. Many owners mistake these as sores from fights or the garden, etc. These non-healing sores/scabs are precancerous changes, and this is the earliest sign owners will see. As the changes progress, we then see more obvious ulceration of affected tissue, weeping and secondary bacterial infections. As the condition progresses severe tissue destruction occurs. These later stages can still be treated but there is a high risk that the cancer has already spread. 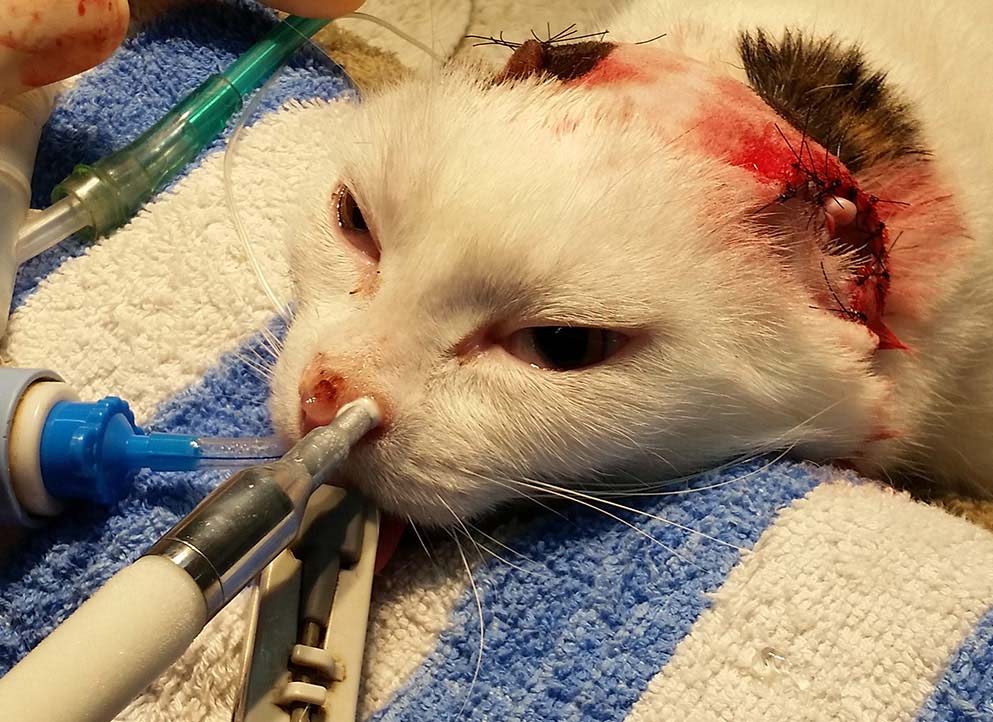 Cost of the procedure

Treatment costs for cryotherapy are approximately $500 - 700 depending on length of the procedure, and ancillaries such as blood tests. Treatment cost for surgery ranges from $700 - 900. Performed at referral centres, costs can be $2,000 - $3,000 or more.

Your cat will usually go home the same day if cryotherapy is performed, but may stay in hospital on IV fluids for two to three days with extensive surgery to ensure they have started to eat and drink again. They will go home with antibiotics and pain relief and return to us around two weeks later to check progress of the healing and perform suture removal as required.

Unfortunately, ear and nose cancer in white cats is usually unavoidable. Even if the cat is kept indoors, sitting near windows still leads to significant UV exposure. The most important point is to seek treatment early. This results in a permanent cure with very low risk of spread where the ears are concerned and little change where the nose is concerned.